Back in the Studio

Well, today I finally made it back in to the studio.

It is a fascinating process...coming back after being gone for quite some time.

Just what should I do? It is really hard to come back after being gone...

I had left a rather large piece of felt partly stitched (about a 30" x 30" piece) so I decided to try out my new eyes with George and see how that went. It went fine once I tuned him up and cleaned him out and gave him some new juice (as in oil) and the we were ready to do...but just what did I want to do with this piece?

After some thought I just started stitching. The flow of the machine and the color being laid down by the thread was mesmerizing.  It felt good. It felt like what I should be doing. It was right. And I did a lot of problem solving during the process of finishing this piece.

So, now I am back in the groove...at least a little. I did some brush work on old maps and also on a piece of canvas I have painting. I have gotten my juices going again and now I can fall back in to the routine of making art....
Posted by lizzieb 2 comments:

I have spent about 4 hours in the studio during the past four weeks....not much time at all.

But, art has constantly been on my mind!  I have spent time looking over the pictures I have taken and have thought a lot about how I could represent what I have seen.

I have been drawn to the colors of Lyon.....off white, dirty white, creamy yellow, ocher, and pink.  Many of the buildings are built with natural stone which happens to be pink or ocher. And then there are the colors of the shutters: green, blues, browns, peeling white paint, green metal, gray, all sorts of colors. And the beautiful greens of the trees! What a delight! 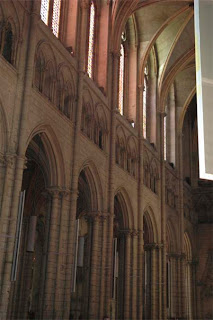 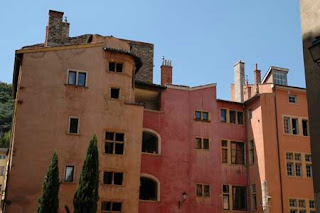 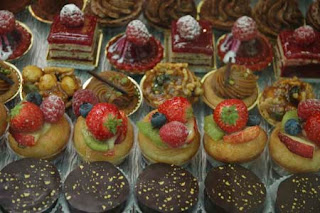 There was a lot of art everywhere! Art on almost all of the buildings of some sort...either in the gargoyles, or in the faces in the wall, or the coloration used, or the placement of things, or the graffiti or the public art, both very old and very new. 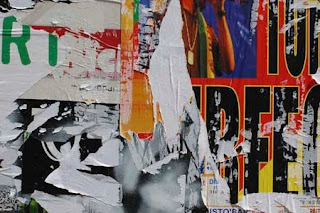 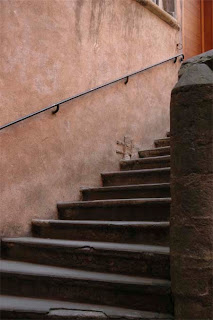 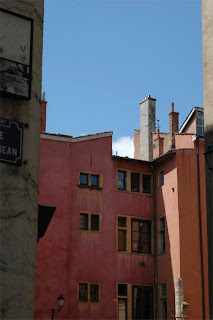 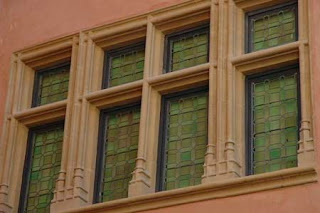 This trip was very special as I traveled by myself in a country where I did not speak the language. I found most people to be very nice and helpful. I was fascinated by the neighborhood of my hotel which had a tiny collection (or maybe it was really pretty big, I couldn't tell) of many different peoples from many different countries...or at least, home countries. 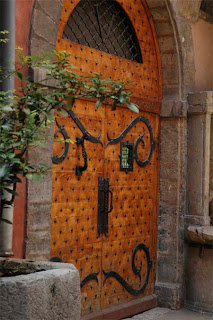 World Cup games were on the the streets were filled with honking car horns when a team one, and the national flag of that country was waved proudly. 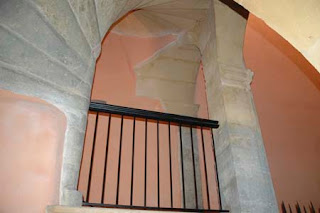 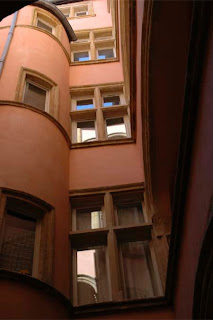 I missed a bus to go out of town and ended up waiting 2 and a half hours for the next one but just sat at the river Rhone and watched life going by. A group of some African people gathered across the river and some were on stilts, all brightly dressed, and I could hear their drum music across the river...it reminded me of Uganda but I know that wasn't where they were from. 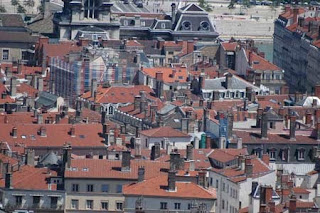 There were times when I wished I had someone to share a thought with but I was quite a peace with myself.

This trip provided a lot of reflection time and a lot of visual ideas that are still sorting their way through my head.

I returned and it took about five days for me to finally get back on US time...waking up at 2 am is not so good when the whole day stretches out ahead of you!  To have a nap or not...would I be able to go ahead and sleep later or not or would I be up way too early?

We then took four days and went up to our cabin in the mountains where it was the absolute other end of the scale...very quiet, earth colors everywhere, greens, browns, and blue skies, and quiet except for a few birds.

For the first time I saw a number of crows up at our place...they caws filled the air with a screeching sound and disturbed the peace of the area...but then I guess they might have been warning everyone about our dogs where were with us!

So tomorrow I go in for cataract surgery on one eye (the other eye is fine and just has the very beginnings of a cataract) so one eye is it. I have made the decision to have my left eye vision corrected to a mid range so that I can machine quilt without glasses....I will need new glasses for reading (although my arms are still long enough to read if I hold something out far enough) and also for distance. I anticipate smooth surgery by a doctor who did both of my father's eyes and I have complete faith in him...not withstanding the notification of the dire consequences that could possibly happen...at least they were given with the percentage of possibility which made it somewhat better...a 1% change of something isn't too bad... 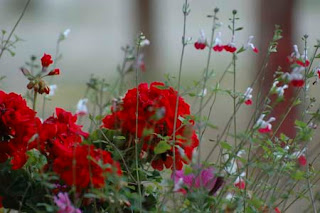 I am looking forward to next week, as I play some more with my felt and start painting with the colors of Lyon...and then we will see where that all goes!
Posted by lizzieb 2 comments: